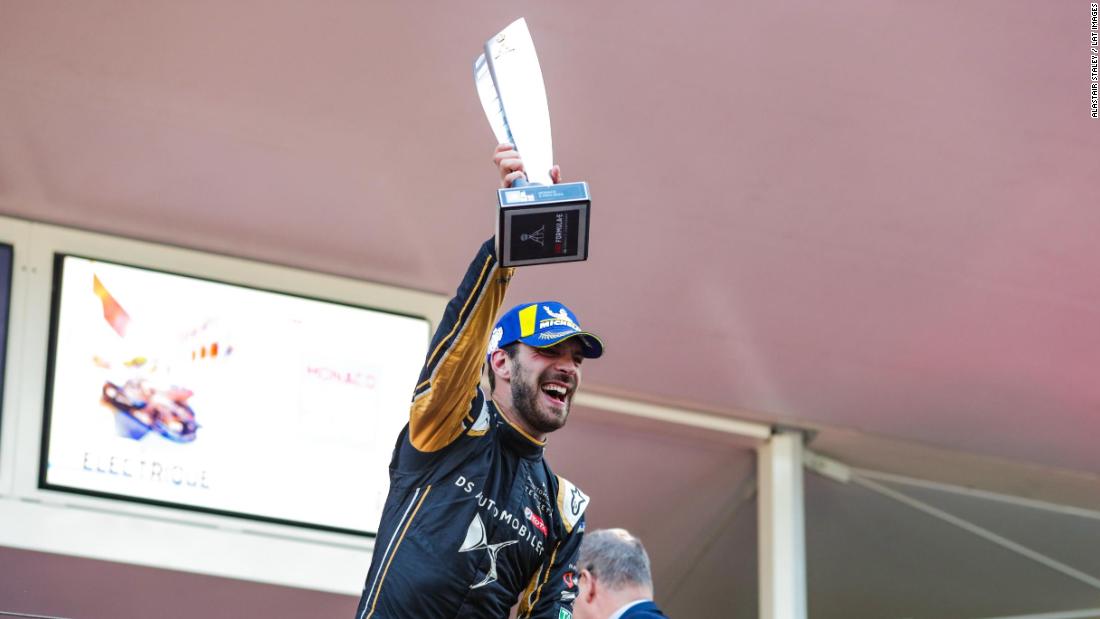 After the first eight races of the 2018-19 Formula E championship produced eight different race winners, Frenchman Jean-Eric Vergne became the first driver to record a second victory of the season after leading from pole to win the Monaco E-Prix. Vergne, who was also victorious in Sanya in March, held off late pressure from British driver Oliver Rowland having controlled the race from the very start. It means the defending champion moves to the top of the overall standings with four races remaining this season. "I've never won this one before so I'm happy," said the Techeetah driver after the race. "It's been a difficult season, lots of ups and downs but these kind of wins make it all worth it."Visit CNN.com/sport for more news, videos and featuresThe Monaco E-Prix, which has been won by Sebastian Buemi on the two previous occasions, is the shortest track on the all-electric race series calendar, an abridged version of the famous Formula One circuit that runs along the iconic harbor front. While Pascal Wehrlein was the quickest in qualifying, he was forced to drop back three places on the starting grid following a penalty he picked up in Paris two weeks ago. That handed Vergne a race advantage that he never relinquished. READ: Frijns wins action-packed Paris E-PrixIt's been a topsy-turvy season for the Frenchman, who had gone three consecutive races without scoring any points before his win in Sanya. Another pointless race in Rome followed, before a 14th place finish in Paris and victory here in Monaco. He was closely tailed by Rowland, Brazilian Felipe Massa, and Wehrlein throughout the race but there was to be no movement at the front in the closing stages. Rowland finished runner-up for the second time this season, whRead More – Source

Can Oprah and Spielberg Convert Hollywood to the Church of Apple?

Female Actors & Characters Steal The Show In Venice Even As Industry Laments Lack...

John Travolta declares Pitbull one of the greatest entertainers ever in...

Heres Who Your Team Will Play In The 2018 NFL Preseason