It looked as though teammate Valtteri Bottas would spoil the party for the 141,000 visiting fans, but a timely safety car intervention gifted Hamilton first place.Ferrari's Charles Leclerc claimed an impressive third place after an intense, wheel-to-wheel battle with Max Verstappen throughout the race.Victory moves Hamilton 39 points clear of Bottas at the top of the driver standings after also securing the bonus point for fastest lap.But Sebastian Vettel's bid to stop Hamilton from winning a sixth world title is sinking without a trace after yet another error earned him a 10 second penalty for a crash with Verstappen.It will take something truly special from one of the other drivers to stop Hamilton from claiming another title. The Brit has been utterly dominant in recent years, winning 53% of all races over the past six seasons. Every other driver combined in that period has won 47%.READ: Ferrari youngster Charles Leclerc dreams of 'becoming world champion'READ: Daniel Ricciardo — 'I could have had a world title by 30'"Silverstone, I love you!" an emotional Hamilton said after the race. "I can't tell you how proud I am to be here today. I'm forever grateful to all the fans who came. I couldn't have done it without my team … I'm super proud to be a part of this. 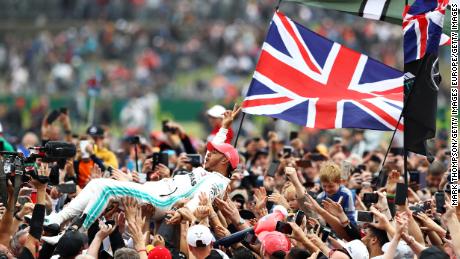 "This is the greatest single moment for any athlete in the world — to raise their flag as the No.1 in their own country. It feels incredible. I've never been one to look at statistics and only take one race at the time. I like the pressure I have."To have six and be up there with the greats, I remember growing up watching this sport, watching the greats, meeting the greats and even working with the greats. To now be up there with them is one of the cooler things."

After failing to capitalize on two of his previous three pole positions this season, Bottas revealed in Saturday's press conference that his start was the part of his race he had been working on most in recent weeks.All those hours of practice were called upon in the opening three corners, as the Finn fought off an aggressive attack from Hamilton, who was desperate for that sixth victory at Silverstone. 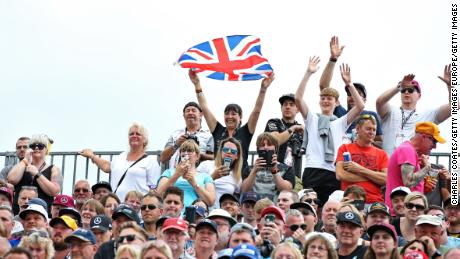 But Bottas barely had time to breathe before Hamilton was all over him again and this he did go past him, though only very briefly before being forced back into second.READ: Can Lewis Hamilton overtake Michael Schumacher in Formula 1's record books?Once the battle for first place had cooled down, the real action was back in the battle for third.

Lap after lap, corner after corner, Verstappen and Leclerc were driving wheel to wheel as the Dutchman looked to get past the Ferrari into the final podium place.The two 21-year-olds — rivals throughout their childhood karting careers — were putting on a masterclass in attacking and defending, with Leclerc narrowly getting the better of his opponent.Neither was giving away an inch and that extended into the pit lane. Both came in for a tire change and exited at the same time, almost touching coming out of the pits and continued to battle out on the track, with Leclerc continuing to narrowly squeeze out his rival.But this fight felt personal following the pair's battle in Austria two weeks ago. Verstappen came out on top then, aggressively muscling Leclerc out of the lead with just one lap remaining. 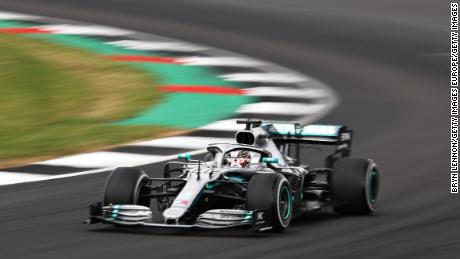 The post-race inquiry took more than three hours before it was eventually decided Verstappen had done nothing wrong and was awarded the win.

EastEnders star Adam Woodyatt reveals why getting an end of episode cliffhanger is so...

Sunny and warm, with chance of wildfire: Southern California weathers consistency is one constant

Are John Cena and The Undertaker going to wrestle at Wrestlemania...

Would You Play Football If Chances Of A Severe Head Injury...

admin - April 24, 2018
0
I was recently asked a fascinating question about whether or not Id play football if chances of a he..