californiatoday
Home Celebrities Tekashi 6ix9ine’s Family Scared for Their Lives and Will Be No-Shows in...

Tekashi 6ix9ine will be testifying in front of pretty much everyone except those to whom he's closest — his family — because we've learned they're so scared of retaliation, they won't go near the courtroom.

The rapper's immediate family members have decided it's just too risky for them to show their faces when a trial begins for the two men who allegedly had a role in his kidnapping last year. The reason is simple … Tekashi will be snitching, and they know what happens to snitches.

The fam is especially concerned about members of the Nine Trey Bloods, some of whom will be attending the trial.

We're told his family thinks, at the very least, they'd be harassed, but more likely followed back to their home … or even outright attacked by Nine Trey members. 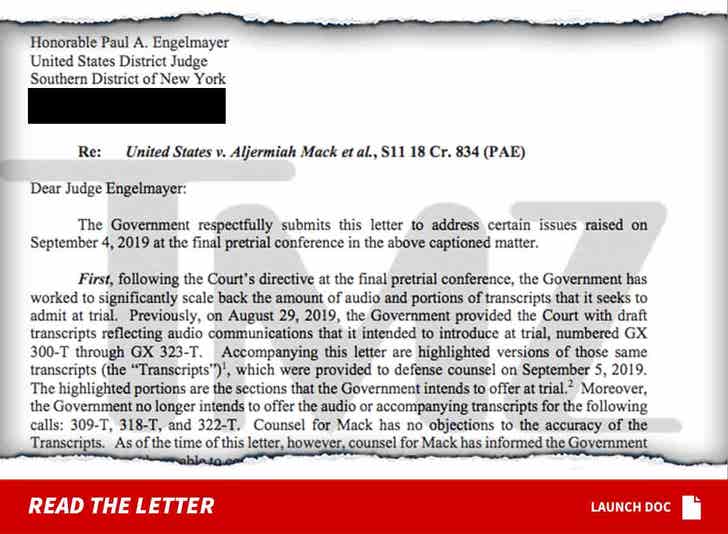 Remember, Tekashi was already scared for his family's lives — despite hiring extra security to guard them — and it looks like he's following through on that concern now that the day is right around the corner.

As we reported … prosecutors laid out what Tekashi's going to say on the stand next week, when he'll supposRead More – Source

Ariana Grande poured heartbreak and champagne into Thank U, Next after Pete Davidson split

Hera Pheri 3 producer Firoz Nadiadwala: It will be as successful as first two...

Here’s why court challenge to California law could hand abortion foes a victory —...

Up to 80 Sickened by Bear Spray at Giant Amazon NJ...

admin - August 30, 2018
0
(Picture: ITV) Charity Dingle has made a huge decision in Emmerdale not to go through with testifyin..